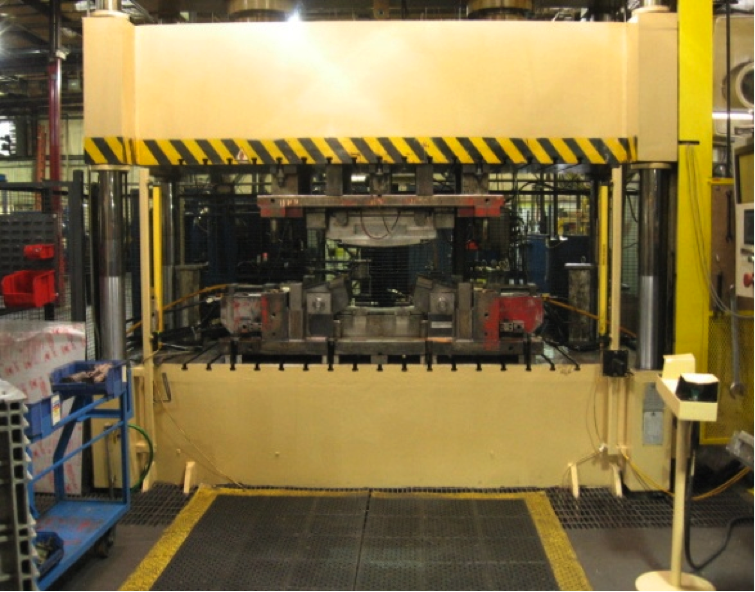 What are some of the uses and advantages of automotive hydroforming? Increasingly, carmakers are finding it a highly versatile process for creating performance exhaust systems.

For example, when BMW engineers were designing a recent incarnation of the M3, they wanted tubular exhaust manifolds that were comparable to racing engines, with six serpentine primary pipes coming off the inline-six, 3,246-cc engine. The six main pipes had to feed three-and-three into two collector pipes, routed according to firing sequence. It had to be a lightweight exhaust system with the lowest possible backpressure and highest possible performance. The solution was high-internal-pressure hydroforming.

Automotive hydroforming pioneers include Ford for its F-150 Y-pipe and aftermarket exhaust maker HP Corse, which produces hydroformed pipes for most major motorcycles on the market, have also turned to hydroforming. Additionally, carmakers are devising more and more applications for automotive hydroforming for structural components as well.

What is it about recent developments in the art and science of hydroforming have motivated more and more motor vehicle manufacturers to use it for manufacturing exhaust system components? Let’s take a closer look at the indisputable benefits of automotive hydroforming.

The Benefits of Automotive Hydroforming for Exhaust Systems

The reason for the shift is that the benefits of high-internal-pressure hydroforming are, well, manifold.

Far fewer welds: Hydroforming allows for the creation of long, complex shapes that simply can’t be made using other processes. Older methods involved welding many independent sections together. In an exhaust system, a reduced number of welds cuts down resistance and improves air-flow efficiency.

Fewer process steps: Many parts of an exhaust chain can be consolidated into a single seamless hydroformed assembly, often with as little as 20 seconds production time from loading blank material to removing finished part.

Unparalleled precision: Computer controls precisely manage in-feeding of material while it is under high internal pressure — from 25,000 to 30,000 psi — allowing for precision tolerances of within 10 thousandths of an inch.

Complex shapes: Pre-bent tubes can be hydroformed to create complex shapes, even with inline inlet and outlet openings.

Lower tooling costs: With fewer sections and with burring and punching eliminated from the process, tooling requirements can be drastically reduced.

The process starts with a blank tube of metal, which is then put into a custom tool designed to let the tube expand into to the designated shape. The tool is closed around the tube, the ends of the tube are sealed off with hydraulic rams, and water is forced into the tube.

When the water is pressurized, the metal “balloons” into the shape of the mold. Simultaneously, a computer drives the hydraulic rams against the ends of the tube to in-feed the metal as it expands, resulting in smooth, consistently thick walls and graceful, repeatable shapes. Once the water and part are removed, the system is ready for the next blank.

Mills Products introduced hydroforming into its metal fabrication lineup in 1996. Since then, we’ve continued to innovate in the field.