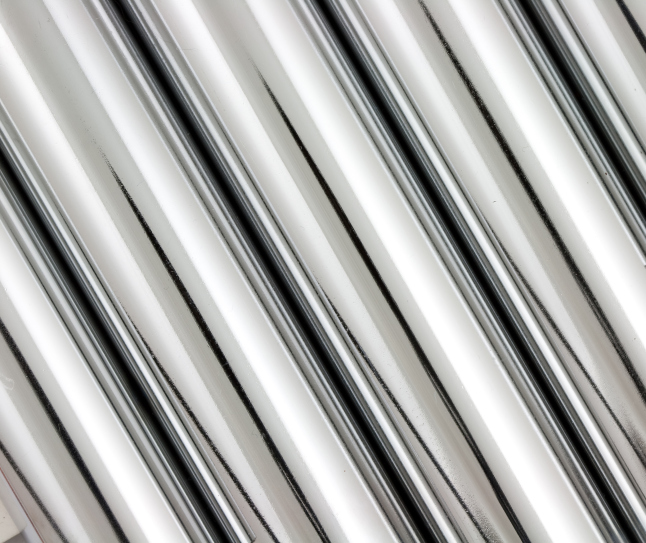 What Is Tube Stamping?

Tubular stamping, or “tube stamping,” is a patented method for making tubular work pieces by using a series of stamping operations.

The tubular stamping process begins with a blank punched from a coil of sheet metal. The preformed blank is then moved into a die that forms it into a “U” shape. The U-shaped piece of metal then undergoes another stamping operation that rolls the legs of the U toward one another, closing it into a roughly tubular shape. Another tool then completes the roll, delivering a usable tubular component.

In a tube stamping production line, movement of a work piece from one station to another can be accomplished through either hand transfer or progressive tooling. With at least four stamping stations in any tube stamping operation, any means of automating the tubular stamping operation will inevitably increase the production rate and cut labor costs. Nevertheless, even tube stamping assembly lines that rely on manual transfer can be more cost effective than other tubular metal forming options because of the inherent speed of tube stamping and the low cost of the sheet-metal material it relies on.

Metal Products that Can Be Tube Stamped

As far as tube stamping’s potential for making asymmetrical parts is concerned, a good example is a stainless steel appliance handle. Furthermore, parts like appliance handles that require quality finishing can benefit from tubular stamping since tubular stamping operations can be configured to work with pre-polished or pre-painted materials, greatly expediting the finishing process and reducing finishing costs.

This stainless steel refrigerator handle is a good example of an asymmetrical tubular part made with tubular stamping. It also illustrates tubular stamping’s capacity to work with pre-polished or pre-painted materials, expediting finishing and minimizing costs.

Tube stamping is a relatively new metal forming process that opens up a lot of possibilities and forces us to reconsider how we manufacturer tubular metal parts. Its extraordinary versatility makes it a one-stop solution in many cases, but it can also be combined with other metal forming  processes to produce ambitious products and amazing results. Compatible with high-strength steel, draw-quality steel, stainless steel, aluminum, copper, brass, martinsite, and other alloys, tubular stamping promises to reduce costs and expedite production across a wide range of projects, given the right circumstances.

To learn more about tube stamping and its potential, please download our white paper, “An Introduction to Tubular Stamping.”