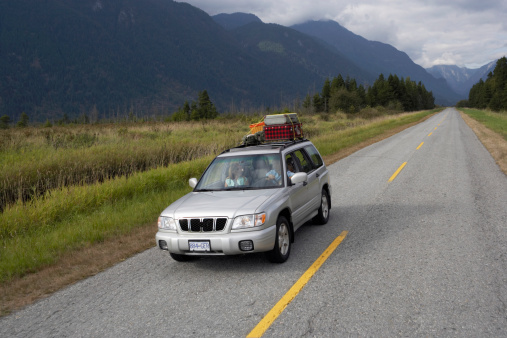 10 Cars Made Possible by Hydroforming

With each passing year, more and more cars include components that are made using hydroforming. Tubular hydroforming is an excellent manufacturing option for automotive parts due to its multiple benefits.

The technique offers a high strength-to-weight ratio, flexible design and engineering options, good bending strength and torsional stiffness, thin-wall tubing capabilities, and Class-A finishes. All these advantages have led many manufacturers in the automotive industry to turn to hydroforming for various vehicular parts, including exhaust cones, engine cradles, and more.

Below, we take a look at 10 cars that include hydroformed components and examine the many automotive applications of this valuable manufacturing technique.

Chevrolet was one of the first automotive manufacturers to use hydroformed parts in its vehicles, and the Chevy Silverado has incorporated hydroformed components, such as its front frame segments, for years. Hydroforming minimizes the weight of the front frame while maintaining strength, a critical balance for pickup trucks.

The Chevrolet SSR (Super Sport Roadster), a convertible pickup that was manufactured from 2003 to 2006, utilized a frame with steel side rails made with tubular hydroforming. Hydroforming allowed Chevrolet to use single, continuous steel tubes instead of welding multiple parts together, creating a stronger and lighter frame.

The seventh generation of the Chevrolet Corvette was redesigned and released in 2014. The newest iteration of the classic car features a chassis made from hydroformed aluminum. Hydroforming allows Chevrolet to vary the thickness of the frame at certain points while saving weight and adding stiffness where necessary.

The 2015 version of Ford’s most popular full-size pickup truck sports a structural cage made by tubular hydroforming. The hydroforming guarantees greater structural reinforcement between the inner and outer box, and the resulting weight reduction also allows Ford to increase the gauge of the panel thickness significantly.

In 2013, Ford incorporated tube hydroformed A-pillar roof rails as well as B-pillars (the center support between a sedan’s side doors) in that year’s model of the Ford Fusion. The switch to hydroforming not only reduced mass and cost, but also improved the Fusion’s crash test ratings, according to Ford.

The 2014 Jeep Grand Cherokee incorporated multiple tube hydroformed components, most notably the upper cross member. Not only did hydroforming reduce the part’s weight, but it also allowed the cross member’s complex contours to better integrate with other front-end components, such as the hood seal and headlights.

The Jeep Wrangler features hydroformed front rail extensions that absorb energy in case of a minor front-on collision. The standard collapsible front-rail tips protect the front of the car during low-speed impact and can be serviced after collisions of up to 8 mph.

Mercedes’s newest generation of the C-Class compact, which was released in 2014, shaved more than 200 pounds off the frame’s weight by using hydroformed tube and aluminum cast consoles plus additional struts. Such a significant drop in weight reduced fuel consumption with little to no loss in power, depending on the particular model’s features.

The Forester is one of two Subaru models to incorporate a tube hydroformed subframe at the front of the car. The subframe serves multiple purposes, including supporting the engine and part of the chassis and contributing to the front body’s rigidity and strength. The Forester also sports hydroformed branch pipes as part of its exhaust system, increasing the pipes’ diameters and thus their power.

Is Hydroforming Right for Your Vehicle?

If you’re an automotive manufacturer, choosing the best metal forming process depends on the part’s application, design, weight, durability, materials, costs, and more. Fortunately, Mills Products offers tubular hydroforming as well as roll forming and tubular stamping all under one roof, and we can advise you on which manufacturing techniques will be best for your various formed metal components.